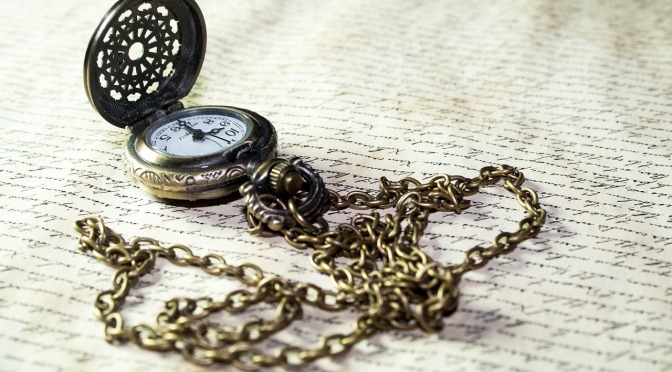 We have collected seven words – among many – that you can use to describe old things. Here they are:

There you go, fellas. Old is a very general term so you can use those adjectives to describe an old thing more specifically.

Compiled and written by @fafafin for @EnglishTips4U on Thursday, August 18, 2016

Still continuing on the topic of British English, have you heard about the word ‘thee’ or ‘thou’?

Yea i have. Thee means you. – @cony_fibri

I have! Esp. In holy bible. – @yoshiaozh

While discussing previous topics on British English, some of our followers asked about words that were used during Shakespeare times or in the Bible. We will talk about them in this post.

Words such as ‘thee’ and ‘thou’ are usually called Archaic English pronouns. It was stated “The English words ‘thou, thee, thy and thine’ are translated from an emphatic Greek and Hebrew personal pronoun, stressing the identity of the one being addressed to the exclusion of all others.”

These words have been dropped out of the main dialects of Modern English, which is why we don’t use it anymore. These pronouns are now hardly used or no longer used as often as it was.

The following are tables listing the archaic personal pronouns and verb endings which usually follow them. These tables were taken from different sources. 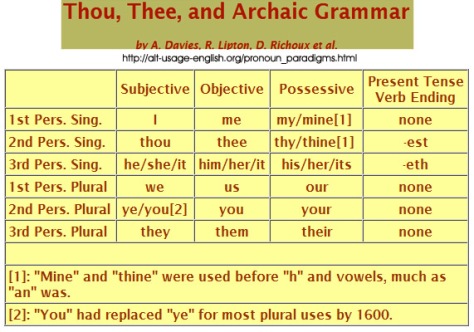 B. By Richard Anthony: 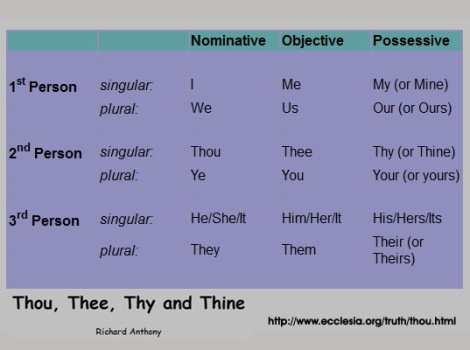 It was rumoured that ‘thou’ and ‘thee’ were for familiar conversation, and ‘you’ and ‘ye’ were considered formal. This was untrue except during two centuries, roughly 1450-1650, including Shakespeare’s time where the previously plural ‘you’ was used in the singular for politeness and respect, while ‘thou’ and ‘thee’ were used for general conversation or even rudeness. Some sources even stated that people in that era were punished for addressing people with wrong pronoun.

Eventually, the politer pronoun ‘you’ drove out nearly all uses of ‘thee’ and ‘thou’; and these terms survived mostly in poetry and religion. The plural ‘you’ was then reinvented in some dialects as ‘y’all,’ ‘youse guys,’ ‘yunz,’ etc.

Several groups of people continue to use these pronouns today as part of their daily speech (although with different grammar), such as those in Yorkshire, Cumbria, East Midlands, and some rural areas of Western England.

Some examples to express the importance of “thou, thee, thy and thine” (from the Bible)

This marks the end of this post on archaic personal pronouns. Should you have any question, feel free to drop a comment below or mention us on twitter.

Compiled and written by @daedonghae at @EnglishTips4U on Tuesday; November 13, 2012