Annelies Marie Frank was a German-born diarist. She was one of the Jewish victims of the Holocaust. Later in 1952, Anne’s diary “Diary of A Young Girl was published in America to keep the memory of Anne Frank alive. Here are some of her inspiring words. 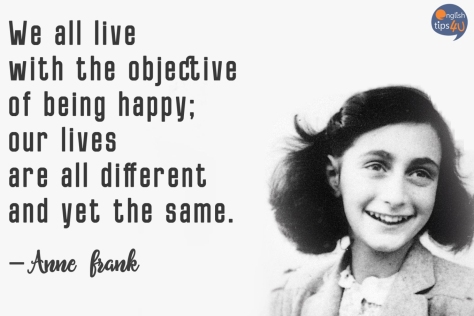 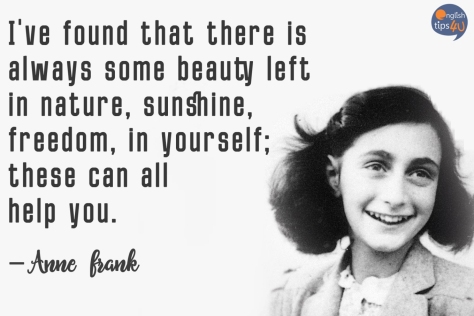 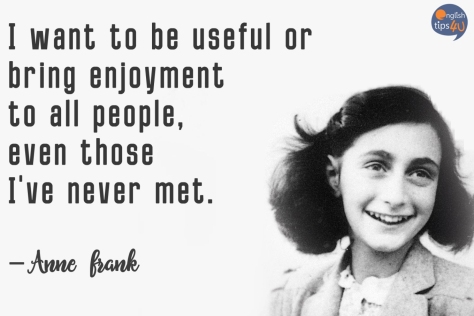 Compiled and written by @AnienditaR at @EnglishTips4u on Saturday, February 25, 2016