Weeks ago we talked about British culinary icon, the Cadbury’s chocolate.

1937: Patrick McDonald opened a food and drinks stand called The Airdrome near the Monrovia Airport, California.

3 years later, The Airdrome was moved by brothers Richard and Maurice McDonald to San Bernardino.

This became the first McDonald’s restaurant. They had 25 items in their menu, mostly barbequed stuff.

1948: The brothers noticed that their biggest profit came from hamburgers. They figured out an innovative way to sell it.

They invented the Speedee Service System, a system where burgers are being cooked in assembly line like in a factory.

The new McDonald’a then reopened with only 3 menus: Hamburgers, milkshake, and french fries.

Meston and his assistant then came up with perhaps one of the most legendary design ever.

This is the oldest McD restaurant ever that is still operating, located in Downey, California. 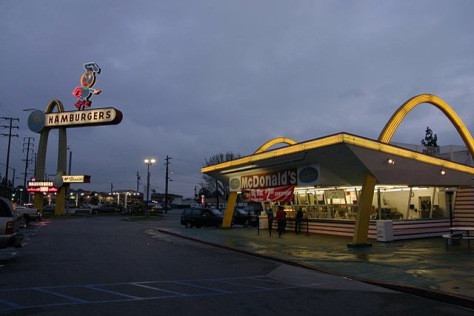 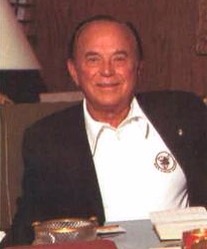 He was so inspired that he begged the brothers to open a franchise outside of Arizona and California.

Kroc was then known as the person who turned McD from a small family business to a big corporation.

Under his leadership, McD continued to open new franchises in the US.

1961: The brothers agreed to sell business rights to Kroc. This did not leave a happy ending for them.

They were the true founders of McD but were left with only 1 outlet after the purchase.

They cannot compete and went out of business.

First they tried to sponsor a TV show called Bozo the clown, but it was cancelled.

They decided to create their own character: Ronald McDonald!

This was the first design:

1963: The Fillet-O-Fish was introduced in Ohio.

1967: First McD outside of the US was opened in Richmond, British Columbia, Canada.

1968: The Big Mac was first introduced in Pittsburgh.

The first Southeast Asian country to have a McD was Singapore in 1979.

How about Indonesia? The first McD was opened at Sarinah Thamrin, Jakarta in early 1990s.

1975: The Drive Thru was launched in Arizona. At first it was meant to serve US soldiers living around the area.

Why? Because they were not allowed to enter a restaurant while still in official uniform. So a drive-thru is a solution.

1979: Happy Meal was introduced. The bonus toy was a Star Trek toy.

From 1988-2008, McD had partnership with Disney to provide toys for the Happy Meal.

But in 2008, Disney reportedly ended the partnership because they want to promote healthier eating habit. Oops.

1984: Ray Krox passed away after a heart failure.

At the same time, tragedy happened in a McD outlet in San Ysidro. A man killed 21 people inside the outlet with guns.

1987: An airplane crashed a McD outlet in Germany. Killing 14 people in general.

The first McD opened in Moscow, then Uni Soviet, followed by other Eastern European countries.

1992: McD opened in Morocco, their first outlet in Africa.

McD was not without critics. There were concerns esp. related to health.

He criticised McD’s use of chemical flavouring and unfair treatment to cattles and chickens.

Does it stop people from eating McD? No, though their profit is decreasing from time to time.

One thought on “#EngKnowledge: History of McDonald’s”