Been reading “Fever” by Mary Beth Keane in the past weeks. Anyone here ever heard of Typhoid Mary? 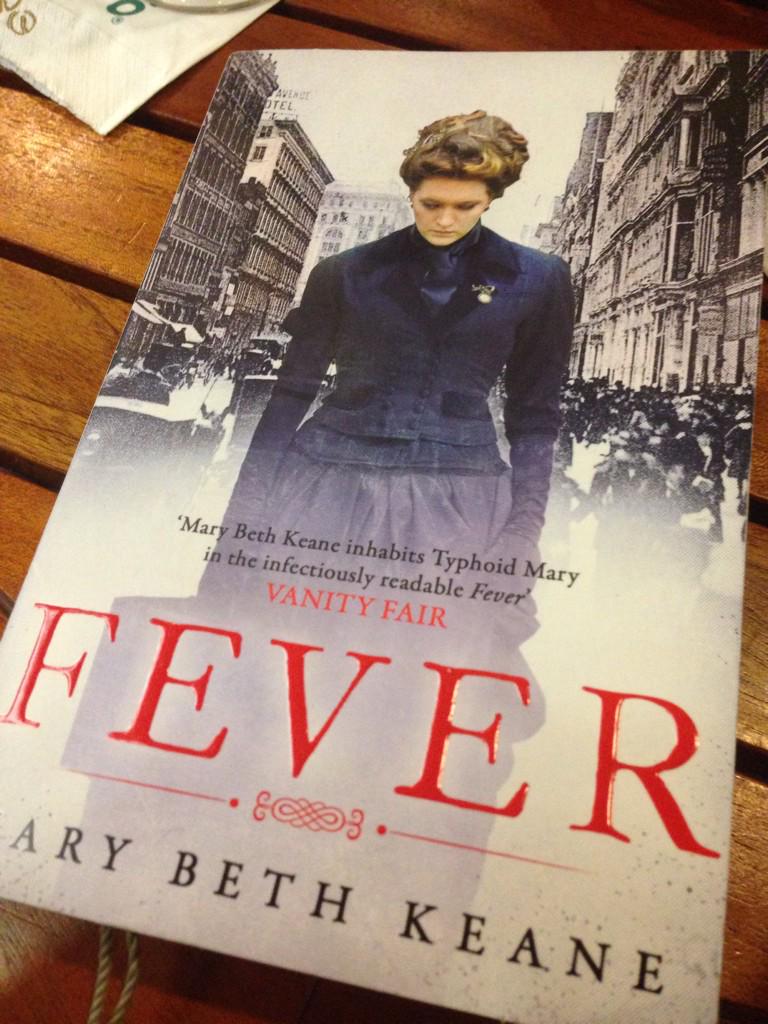 @neysaaeve: it’s typhoid fever, one of Indonesia’s endemic tropical infectious disease.
@SheylaMcF: oh yes! I worked on a tv program about her.. and… is she even a human?! :S
Yup, that’s her! The story of Typhoid Mary is one of the most intriguing in the history of public health!
Imagine New York City at th dawn of 20th century. Not as developed as it’s now, but it’s a bustling city filled with immigrants.
The quiet life of rich landlords and businessmen in Upper East Side was shaken with the sudden outbreak of thypoid fever. (Outbreak = wabah)
The authority tried to track down the source of the outbreak. And they noticed that every family which member had been contracted with the disease had once employed a cook named Mary Mallon.
Mary Mallon was an Irish immigrant who migrated to the US when she was 15 years old in 1883.
When she worked in Oyster Bay area, 10 of the 11 family members that she worked for developed thypoid.
Suspicion arised when it is revealed she herself had never been sick with thypoid fever.
George Soper, a researcher, noticed a certain pattern: Thypoid cases seemed to follow wherever Mary had worked.
She had a habit of resigning from her work as soon as the outbreak happened.
Soper began to approach her to talk about the disease. He wished to persuade her to quit.
Mallon did not take this very lightly. (Tidak menerima begitu saja).
When they finally arrested her, Mallon took on a violent rage. She kicked and punched the officers.
Violent rage = mengamuk hebat sampai mukul2.
They took her to a quarantine where they subjected her to various tests.
They found out that there are Thyphoid bacteria in her gallbladder.
Mallon turned out to be a healthy carrier of Thypoid. She has the bacteria in her system, but immune to it.
Despite admitting poor hygiene habit, Mallon still rejected the accusation of her being the cause of the outbreak.
She didn’t believe a healthy person can possibly spread the disease to other people. She kept on fighting for her freedom.
There were also many people who supported her case. She managed to get a lawyer to defend her case.
She finally managed to be released under the condition that she should never work as a cook again.
At first, everything was all right. But then Mallon got back into working as a cook again. This time, in a restaurant.
The end was predictable. More people got infected and died because of the disease.
Mallon then was taken back into a quarantine. This time, it’s permanently.
November 1938, she died of pneumonia in her isolation.
The book that I showed you earlier tried to tell the story from Mallon’s perspective.
When I first heard about her, I though Mallon was an evil woman who did not care at all about others’ wellbeing.
But then this book made me realise that it does get lonely to be in her position.
So yeah, the moral of the story is to take seriously the advice to wash your hands thoroughly.
Source: Fever by Mary Beth Keane.
Compiled by @animenur for @EnglishTips4u on Sunday, 23 November 2014.

2 thoughts on “#EngKnowledge: The Story of Typhoid Mary”